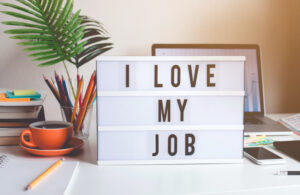 In March 2020, the beginning of the pandemic, life began to change quickly and the outcomes were a mystery to all of us. My family and I took a summer trip in late July. Upon returning to work, I was told my position would be eliminated at the end of August. Knowing the condition of the industry due to COVID, my future looked dim.

I reached out to my network, sharpened my resume, and began looking for my next opportunity, wondering if I might have to leave the industry I love so much. After months of applying, interviewing, and dead ends, my outlook grew grim. My friend of 30 years who works in automotive, invited me to join him in Texas at the plant he manages building sub-assemblies. He assured me I would be successful. On Jan. 1, I left for Arlington Texas, for what would be a four-month contract role that became permanent. To say I was overwhelmed would be the understatement of the decade.

By early March, I reached the conclusion that I probably was not a good fit for automotive; I just did not feel a passion for it. I longed for my first love—parking! I gave notice later that month and agreed to work through the end of the contract.

I began looking for my next opportunity. The last week of April, Tim Hoppenrath sent me a note asking if I still knew anyone in Jacksonville. This was the opportunity I had hoped for. Forty-five days later, I joined an awesome team and returned to the industry I love. My career in parking wasn’t over after all.