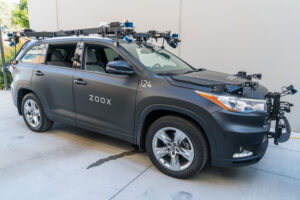 The race to build driverless vehicles is expensive, slow, and fraught with metaphorical–and real–potholes. So why are so many big tech companies jumping in?

Apple, Microsoft, Google, Amazon, and others have partnered with automakers, other tech companies, and different specialists in the race to produce a truly driverless car. Analysts say there’s only one good reason for it: They have to.

“For Apple and other behemoths that are diving into self-driving tech or have grand plans for their own cars, that push isn’t just about breaking into a new market — it’s about defending valuable turf,” write Bloomberg‘s Reed Stevenson and Mark Gurman. They explain that, beyond profit or bragging rights, the tech companies are trying to win “the last unclaimed corner of consumers’ attention during their waking hours.”

They offer a full analysis of what’s at stake and what can be won in Transport Topics. Read it here.