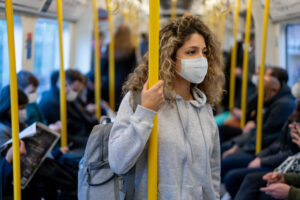 An analysis of the Biden administration’s newly released infrastructure plan promises big investments–$621 billion–in roads, bridges, and other transportation infrastructure. But it also calls for an $85 billion investment in transit, and a Reuters analysis wonders if that’s the best bet at what appears to be the tail end of COVID-19.

“Even with widespread vaccinations, it is unclear if demand will return any time soon. Work-from-home arrangements initially seen as temporary pandemic measures now appear to be a long-lasting phenomenon for millions of U.S. workers,” says the Reuters report.

The report calls out ridership numbers year over year and quarter over quarter in 2020 and an increased volume of sales of older cars and cars to first-time buyers, largely attributed to people who took public transportation before the pandemic.

Read the analysis here. Let us know in the comments: Will we return to mass transportation?