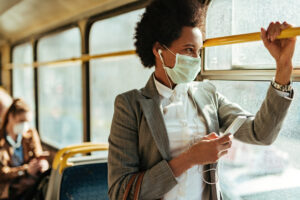 I was recently listening to an NPR Podcast, All Things Considered, where the topic was “What is the Future of Public Transit in the U.S.?” There were a lot of great points made in reference to system budget deficits and what relief could be expected.

The discussion continued with the expected, well-thought-out arguments regarding service cuts being a result of lower ridership–the resulting reduced service being a catalyst for even lower ridership, and the death spiral continues. Then I heard the following:

“One of the problems we have is that we’re very focused on maintaining the status quo. Everything about the investments we make in our transportation system are ensuring that people can continue to get around in the same ways that they did, you know, 10 years ago. And so for the most part, the transit options we’ve been giving people have been very similar year in, year out. And many of the support programs that have been announced during the COVID crisis have been about maintaining that status quo.” Yonah Freemark, Urban Institute.

What if we are doing it wrong? What if our “new normal” requires a new way of thinking about an old problem? The morning commute now looks very different for many people. Our choice travel destinations are no longer the same.

Before we can decide what the future of transit in the U.S. actually is, we probably need to decide if the status quo is actually what we are aiming for. If so, then we should feel free to carry on. If not? We should redefine the actual problem that we are trying to solve.