Sheldon Cooper, Parking Priorities, and the Rest of Us 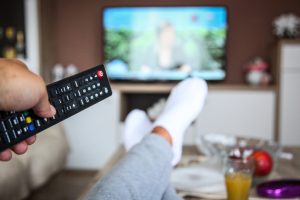 In advance of the series finale (which I have not watched yet so shhhh with the spoilers, please), TBS aired a marathon of The Big Bang Theory last night. I guess word nerds and science nerds must have a bond somewhere because Big Bang is one of the few T.V. shows I’ll sit and watch without checking my phone or flipping through a magazine at the same time. But science nerds, at least the television variety, and parking nerds seem to have very little in common, at least according to The Parking Spot Escalation episode that aired the first time a few years ago.

“I don’t want another parking space. I want my parking space. It’s perfect. It’s a corner spot, cutting the risk of door-dings in half. It’s a mere 28 steps from the building entrance. The nearby tree provides shade on hot days and is also home to a delightful squirrel. Which is fortuitous because most squirrels are real jerks.”

Howard buys a new car and the university where all the guys work gives him Sheldon’s assigned space; it makes sense to us because while Sheldon may be a world-class physicist, he doesn’t own a car or have a driver’s license. Even so, Sheldon loses his composure a bit, and I couldn’t help but notice his priorities are some parking professionals hear a lot–including that everyone “needs” a space all the time, everywhere, no matter what.

The tussle over the space starts with fussing, turns into yelling and swiping of treasured objects, and escalates into middle-of-the-night re-painting of the space and ditching a car there, just to prove a point. Sheldon still doesn’t need the space but darned if he’s giving it up. Any of this sound familiar? And then, perhaps in a bit of fantasy, the episode finally ends with friendship winning over parking.

Sheldon: Well, Howard, thank you. It’s quite a gesture on your part. You’ve shown yourself to be the bigger man.
Howard: Thank you.
Sheldon: Which I found totally unacceptable. I must be the bigger man. Therefore, you may use my spot until such time as I learn to drive or get a Batmobile.

I’ll let you know about the Batmobile part after I watch the finale. I’m going to miss these guys. Even if they clearly needed a parking nerd in their lives.