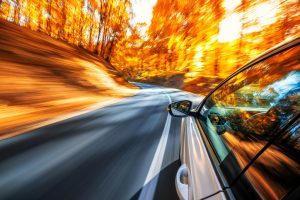 There are motor heads, Dead heads, and even parrot heads. I consider myself a gear head, or rather a fan of the defunct British television series “Top Gear.” Top Gear due to celebrity personalities (read: tantrums) has been transformed into a new show, but essentially this wildly popular series showcased the exploits of its three hosts, Jeremy Clarkson, Richard Hammond, and James May, as they test drove automobiles or competed in tours on a global scale or raced around the globe—in cars. You never knew what zany things the hosts would come up with, which made me laugh when I saw a recent quote from Jeremy Clarkson when asked, “What’s your take on autonomous cars?”

Clarkson said, “Talking to a car just doesn’t work. It doesn’t work—three stand-alone words, never has. And when cars eventually drive themselves for you, I don’t think anybody is going to force you to have one, so I’ll probably get something deeply, deeply anti-social, like a Shelby Mustang.”

Another quote of Jeremy’s is, “Anyone with a fast car is more intelligent than someone with a slow car.”