LOGIN
Search
Home / IPMI Blog / Anything But a Blank Space

Anything But a Blank Space 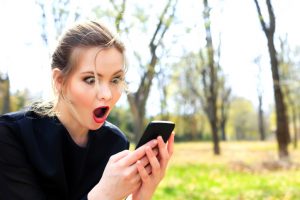 Truth: There is no fury like the angst of a teenage girl when Taylor Swift goes dark and cryptic on social media.

Corollary: I’m almost out of Aleve.

The start of school was pushed back a week in Maryland this year and I’d been wondering what my daughter would do to fill the free time until Labor Day. Leave it to Taylor Swift to take care of that with a few swift clicks of her (or her marketing team’s) delete key.

In case you have no teen girls around, the reigning queen of pop silently wiped her social accounts and website last week (Friday at 11:38 a.m., my daughter just said. Duh.). Her loyal Swifties, a vast and slightly obsessed legion, summarily—and this is a technical term–freaked out. When she started posting cryptic images of snakes a few days later, any semblance of composure was right out and the freak-out became a frenzy. Finally, confirmation that a new song was imminent (released last night—get on it!) and an album is on its way; #Reputation went viral within minutes.

There was no ad or a commercial or press release. Swift herself hasn’t been seen or said a thing. A few clicks, a carefully crafted image, and wow. Tsunami waves of press and attention and a guaranteed instant hit for her. This is how she does marketing and it’s genius, whether she dreamed it up herself or backed the team that did.

This, I think, is the new face of PR. It’s social, it’s buzzy, it’s miles from conventional, and it apparently works like little we’ve seen before. You might say it’s a revolution but what I want to know is, how are you going to ride this wave? How will your operation make its own noise?