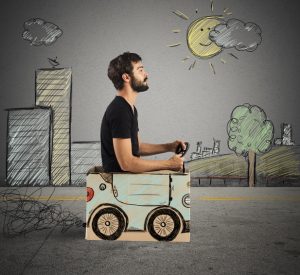 A seemingly driverless van caught the rapt attention of much of Washington, D.C. a few weeks ago. But in the end, a guy disguised as the van’s seat was actually driving it, and it was all about the attention (in a good way…sort of).

The guy playing dress-up as a car seat was part of a Virginia Tech Transportation Institute study designed to see how people would react to a driverless vehicle among them on the road. The institute isn’t saying much about the experiment yet but has promised to release its results when they’re ready. In the meantime, he spent quite a bit of time being followed by TV crews and there’s a bit of speculation about the legality of the whole thing. You can read more about it here.