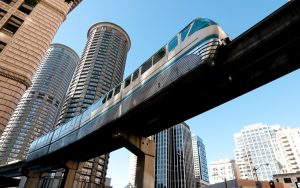 Job growth in Seattle is, obviously, seen as a good thing except for one concern: In a city with very little space for more cars, how are the people filling new jobs going to get around?

They apparently figured it out. A new report by Commute Seattle finds that nearly everyone coming into the city thanks to 45,000 new jobs in the last six years does so by walking, biking, or using mass transit. As one expert says, “In downtown Seattle, alternative transportation is driving your own car by yourself.”

Read more about it here and let us know in the comments—would this work in other U.S. cities?