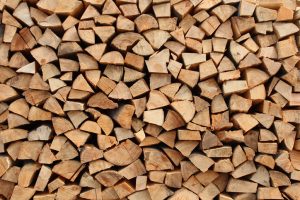 I grew up in an environment where colloquial language was the norm.

Actually, working on a farm during high school and college, the men and women I spent time with often used colloquial or informal phrases to make a point. One of my favorites was when a gentleman I highly respected told me that you could “judge a person by the look of their woodpile.”

I took this phrase literally and pictured everyone having a neatly stacked and uniform pile of firewood—something well-tended. It wasn’t until some time later that it came to me. He really wasn’t talking about a woodpile or firewood at all. He was trying to convey that one needed to look at everything they did, whether in their personal or professional life, to work hard, don’t cut corners, dress appropriately, see to it that your affairs are in order, understand right from wrong, spend time with a diverse group of friends, and keep your skills sharp.

It would have been easier if my old friend had just simply asked me if I was getting my life in order, but then again it wouldn’t have been as much fun trying to figure it all out.