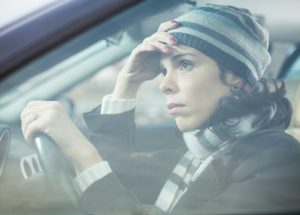 A woman in Montgomery, Ala., recently made it through a family crisis and told the local newspaper that much of the credit goes to a city parking attendant.

Bronett Terrell was partway through her work day when she got a call that her sister in Florida was gravely ill and on life support. She jumped up, grabbed her car keys, ran to where she thought she parked … and no car. Luckily, parking attendant Linda Belser saw the distraught woman pacing and offered her help. They found Terrell’s car parked at an expired meter. No worries, Belser said, and asked what was happening that had the other woman so visibly upset.

After that, Belser went the extra mile, got into Terrell’s vehicle with her, and started talking, even going so far as to offer to drive the panicking woman wherever she needed to go—after all, she shouldn’t drive in such an upset state.

The two women chatted, Terrell calmed down and decided to finish her work day, and they said farewell to each other. Later, Terrell safely made her way to Florida and said good-bye to her sister. “Had [Belser] not been there,” she told a newspaper reporter, “I don’t know what would have happened to me that day.”