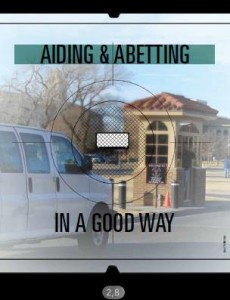 By Eric Crouch and Stacy Moncibaiz

Monitoring a campus that houses a population of 35,000 and is the size of a small town often takes on a life of its own. Among the usual student, faculty, and staff activities, stolen vehicles and criminal persons of interest can pass through campus without anyone knowing.

That’s changed at Texas Tech University thanks to a parking decision. We stopped using physical permits in 2010 and switched over to a license plate recognition (LPR) system for parking. And thanks to the office of transportation and parking services (TPS) and the campus police department (Tech PD) working together during and after implementation, the system has greatly enhanced both parking and campus safety.

The Mechanics
TPS grants selected members of Tech PD command staff limited access to TechPark, the software that manages Texas Tech permissions and LPR readings. Tech PD has read-only status of records, but can add watched vehicles and field alerts for those vehicles to the system. These field alert codes identify stolen vehicles and those that may be driven by wanted individuals. When an LPR camera—either fixed at a campus entry station or on an enforcement patrol vehicle—scans a vehicle’s plates and finds a field alert for that tag, the system alerts authorities.

Notification settings for the field alerts include covert, not-covert, or a hybrid of the two. Covert alerts generate messages to two Tech PD command staff members, along with managers in TPS, enforcement, and Tech PD. The message includes the field alert type, vehicle description, campus location where the plate was read, and a photo of the vehicle taken by the LPR camera. Tech PD uses covert notifications to minimize risk when police officers may face a hostile driver.

A not-covert notification option generates an on-screen notification for the entry
station attendant or enforcement officer whose camera scanned the plates. This allows TPS to keep an eye on the vehicle until authorities arrive, to keep it from leaving the area. Tech PD most commonly uses this notification for stolen vehicles.

The hybrid notification option allows for a combination of covert and not-covert.

Tech PD Criminal Investigations Lieutenant Mike McAlister says he likes the functionality of the field alerts. He took another step forward and built in an SMS text message feature that sends notification messages straight to his phone when he’s away from his desk.

Fighting Crime
“I use [LPR] almost every day,” McAlister says. He uses the system to locate stolen vehicles on campus, find vehicles involved in hit-and-run accidents, and even piece together details regarding campus crime.

Finding vehicles involved in hit-and-run accidents proved an unexpected benefit for Tech PD. If someone on the Texas Tech campus reports a hit-and-run, officers look for the suspect vehicles using LPR and full or partial plate information. When a possible match occurs, Tech PD officers investigate the suspect vehicle for damage and paint rubs.

McAlister says he also uses LPR in case investigations to verify the stories of suspects and victims. “It helps prove or disprove their stories,” he says. For example, someone recently keyed an employee’s vehicle. The suspect was an acquaintance of the vehicle’s owner who claimed she was not on campus at the time of the keying because of an appointment elsewhere. An LPR camera at an entry station captured her vehicle entering campus around the time of the crime, busting her alibi.

Finding Criminals
The system is used for more than traffic-related crimes or car thefts: LPR cameras can locate suspects on the lam when needed. Stephen Lambert, IT manager, University Parking Services, believes making the system available and easy for Tech PD to use avoids delays apprehending fleeing suspects and helps protect the safety of those on campus. Because Tech PD officers have direct limited access to the system, officers can bypass additional time-consuming steps and create alerts even when TPS is closed.

Last February, an individual murdered an elderly woman and shot her caretaker in a small town near Lubbock. The surviving victim gave the police a description of the assailant and his vehicle, which closely matched that of one Sampson Blake Oguntope. Police questioned Oguntope about knocking on a door in the victim’s neighborhood that morning and asking specific questions about the caretaker’s comings and goings.1

Just hours after the crime, Tech PD input Oguntope’s license plate number into TechPark. Within minutes, LPR cameras picked up Oguntope’s vehicle on campus, where he seemed to be trying to hide from police. Law enforcement officers went to campus and the surrounding area, and the SWAT team placed surveillance on his home. Sure enough, he headed home after his drive through campus, and was arrested.3 The following month, a grand jury indicted him on two counts of capital murder. If convicted, he may receive life without parole or the death penalty.4

LPR also assisted with the case of convicted terrorist Khalid Aldawsari. In February 2011, Aldawsari was a very private 20-year-old college student from Saudi Arabia. He had withdrawn from his chemical engineering studies at Texas Tech earlier in the year and enrolled at nearby South Plains College as a business student. He also acquired two of three ingredients to make the explosive trinitrophenol. Buying the third, though, sunk his plans.

After purchasing the final chemical, he asked the supplier to ship the chemical to a freight company that would hold it for him. The freight company sent the order back to the chemical company5 and alerted the FBI and Lubbock police that the purchase did not appear to be intended for commercial use.6 The chemical company then contacted the FBI about the strange $435 purchase,7 which Aldawsari said was for “off-campus, personal research” in developing a cleaning product.8

The FBI obtained a Foreign Intelligence Surveillance Act warrant that allowed agents to secretly search Aldawsari’s apartment, which was roughly a block away from the Texas Tech campus.9 For two weeks, Tech PD tracked Aldawsari’s movements on campus through TechPark so FBI agents would know when he was away from his apartment to conduct searches.10

When agents searched his apartment, they found a journal he used to detail his plans, including those to detonate car bombs placed on New York City streets during rush hour. Aldawsari’s other targets included the Dallas home of former President George W. Bush, dams in Colorado and California, and homes of former Abu Ghraib prison military guards.11

FBI agents arrested Aldawsari in Lubbock in late February. He was found guilty of attempting to use a weapon of mass destruction, and in November 2012, sentenced to life in prison.

Event Security
Texas Tech often hosts large-scale events on campus. When necessary, TPS uses LPR to help police locate the vehicles of individuals who make or pose threats relating to an event. Because LPR patrol vehicles scan lots faster than people can, these potential criminals can be located almost immediately.

Keeping it Private
While our LPR system has helped catch several criminals, not everyone is a fan. A number of individuals and civil rights organizations have raised concerns about the privacy of LPR that we’ve had to address.

“Policy states we don’t release information to anyone except Tech PD,” Lambert says. TPS screens Tech PD officers who want to use TechPark, and all must be approved employees to gain access.

Aside from Tech PD, TPS does not share its LPR data with any other entity inside or outside the Texas Tech University System. Officers who are granted access receive limited searching and LPR access privileges. LPR information on TechPark is encrypted to prevent hacking.

Lambert built automatic data purging into the TechPark system: it keeps LPR reads for 180 days before permanent deletion, and keeps hits and photos of license plates that receive parking citations, boots, or tows for 365 days for account resolution purposes. They are then deleted.

The cameras capture photos of rear license plates scanned only on the Texas Tech campus through one of seven entry stations or one of four LPR-equipped patrol vehicles. Cameras do not take front-view photos that would identify individuals in their cars. TPS strictly prohibits the use of LPR cameras on vehicles not operated by TPS.

An Investment in Safety
TPS’s LPR system paid for itself in its first 18 months of use, and the benefits to Tech PD provide an added bonus. Campus safety will always remain a top priority to both departments, and LPR proved its worth in protecting students, employees, and visitors on the Texas Tech campus.

Stacy Moncibaiz is marketing coordinator of transportation and parking services at Texas Tech University. She can be reached at stacy.moncibaiz@ttu.edu or 806.742.7275.

Eric Crouch is managing director of transportation and parking services at Texas Tech University. He can be reached at eric.crouch@ttu.edu or 806.742.7275.