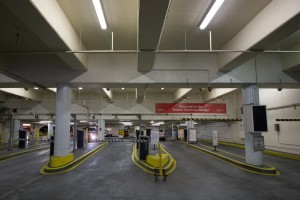 Boston — After a competitive process, the Massachusetts Convention Center Authority (MCCA) is pleased to announce that it has selected Propark America to administer parking operations at the Boston Common Garage (BCG), and the new Lot on D located across from the popular outdoor destination, the Lawn on D Powered by Citizens Bank. Propark assumed operations of both parking facilities on August 1, 2016 under a three-year contract, with the MCCA holding two one-year options to extend.

Propark offered the lowest competitive bid to operate both parking facilities allowing the MCCA to save in excess of $100,000 annually while continuing to provide an excellent customer experience. As emphasized in their bid for operations, Propark made it a point during the transition to retain almost all of the BCG staff. The Lot on D features an automated entrance and exit gate that will be paired with a New England based call center to provide customer support.

“We are excited to partner with a renowned organization in the parking industry,” said David Gibbons, Executive Director of the MCCA. “Our contract with Propark delivers real benefits not only to the MCCA’s bottom line but also the thousands of customers who frequent our parking facilities every day.”

Propark America started as a small business in 1984 operating just one parking lot in Hartford, Connecticut. Today, Propark America owns, operates and manages over 500 parking facilities across the United States.

“We’re honored to provide our services to this iconic Boston landmark,” explained John Schmid, chief executive officer of Propark America. “We believe that our focus on technology and sustainability fits perfectly with this asset, and we look forward to elevating the parking experience for Boston residents and visitors, alike.”

The Massachusetts Convention Center Authority owns and oversees the operations of the Boston Convention & Exhibition Center, the John B. Hynes Veterans Memorial Convention Center, the MassMutual Center in Springfield, MA, the Boston Common Parking Garage, and the Lawn on D Powered by Citizens Bank. The BCEC and Hynes have earned a rare gold standard from the International Association of Congress Centres (AIPC), making Boston only the fourth city in North America and the 12th worldwide to have been awarded this top standard, the highest certification level a convention facility can achieve under strict AIPC guidelines.

Propark America is one of the country’s largest privately-owned parking companies, providing full-service parking solutions for all business types, in over 60 cities across the United States.