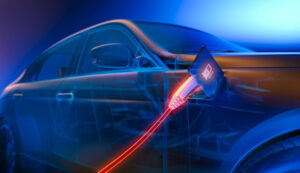 In 2014, James Dyson (yes, that one) decided to put his company’s considerable battery knowledge and resources to work developing an electric car. But not just any electric car–one that was powerful, had a long range, and was more comfortable than anything else on the road.

Five years and $700 million later, his team had a seven-seat electric SUV ready for testing; it could wade through three-foot-deep water, drop down at 50 miles per hour for a lower center of gravity, and had huge, 24-inch wheels to provide resistance and a much more comfortable ride. And all controls–every light and button–were on the steering wheel instead of the dash, to keep the driver’s eyes on the road. It was innovative, fun, and the start of future technology the company would use for a number of projects down the road.

All that said, the N526 never went into production. The reason why is an eye-opening look into the world of electric vehicle production, and Dyson’s written about it himself. Read it in his words here.