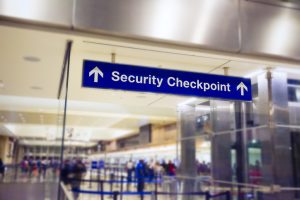 As you may or may not be aware, October 1, 2020 is the deadline for Americans to have a REAL ID. That is, an ID that is compliant with minimum safety standards recognized by the Department of Homeland Security. The REAL ID Act, passed by Congress in 2005, prohibits entry to federal facilities, nuclear power plants, and federally regulated commercial aircraft by those without a compliant driver’s license or ID card.

In the past several years, states have been upgrading their driver’s licenses. Today, Oregon and Oklahoma have extensions while New Jersey is still under review. The remaining states are all now compliant.

However, according to one study, 72 percent of the U.S. population does not yet have compliant IDs, and/or are unaware that they will be required. Most of us will not have a need to enter a nuclear power plant, but airline travel is much more prevalent. Additionally, many citizens without the proper state-issued ID also may not have a valid passport as a backup to board a flight.

As a frequent traveler, I would urge those who do not yet possess a REAL ID-compliant driver’s license to plan to acquire it, sooner rather than later. I can only imagine the increasing wait times at the (already often inconvenient) Division of Motor Vehicles.
For more information on the REAL ID and the necessary paperwork to obtain one, click here or contact your local DMV.