LOGIN
Search
Home / IPMI Blog / Multitaskers Are Lousy at Everything

Multitaskers Are Lousy at Everything 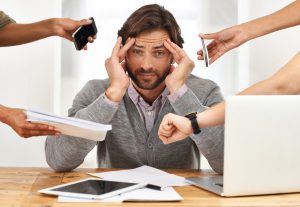 As you commute into work, your mind starts to prepare for all the goals you want to tackle and accomplish during the day. As often happens, you get sidetracked by a cell phone call telling you there is an access problem with faulty equipment, you walk into the office and staff members are waiting to pounce upon you with projects that are delayed or over budget, the chancellor’s or mayor’s office needs your assistance, there is a delivery truck blocking three spaces reserved for those with disabilities, and you pour a cup of coffee hoping it is high-test, all before you’ve even taken your jacket off.

Where does one start to juggle all the tasks that are thrust upon us each and every day and how are we still able to get to the goals we identified on the drive in? Begin by not trying to multitask.

People have the ability to walk and talk at the same time, but when it comes to project management, one task at a time is more effective. The key is prioritizing and identifying what that one thing to focus on is.

It turns out that only 2.5 percent of the population is able to multitask effectively. The rest of us should heed what management-by-objectives and self-control guru Peter Drucker once stated: “Efficiency is doing the thing right; effectiveness is doing the right thing.”

Fellow monotaskers, how are those goals of yours coming along?