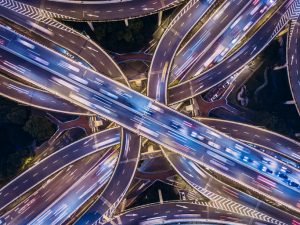 I recently read “How Do We Get Urban Transport to Deliver on Global Climate Targets?” on the Citiscope website. The feature was written by Cornie Huizenga, Mark Major, and Karl Peet and focuses on strategies to reduce the impacts of urban transport systems (of which parking is a key element).

There are many interesting elements in this commentary but two key items stuck out for me: One was observation that “the transport sector is somewhat unique in how decisions made today on related infrastructure ‘lock in’ demand for tomorrow. Thus, urban policy in the next few years will determine whether we set a course for a high- or low-carbon transport future, especially in rapidly motorizing countries. For the new international climate regime, which sets international goals for the end of this century, that’s of enormous consequence.”

The second was their concise action agenda, summarized as “Avoid, Shift, Improve.” While this sounds somewhat simplistic, the authors note it is no small task. In short, the authors suggest that we need to embrace an “avoid, shift, improve” framework to create a balanced set of transport options to reduce emissions and maximize development benefits.

Decarbonizing transport will mean embracing policies to avoid unwanted or unnecessary trips or to shift trips to lower-carbon modes. As such, it is policies in areas such as education, housing, health and planning (and parking!) that will determine the long-term scale and form of transport demand.