LOGIN
Search
Home / IPMI Blog / What We Do

It’s Greatest Hits week on the Parking Matters Blog. We hope you enjoy some highlights of the past year during the last week of 2016. Happy holidays! 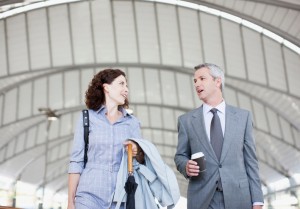 Parking professionals often have difficulties explaining what we do to people on the outside. As it is, my family and friends have given up on trying to understand what I do for a living.

Last year, I was waiting for a flight and a gentleman approached me asking if the seat next to me was taken. He then proceeded to try to strike up a conversation by asking me what I did for a living. I simply said, “Nothing special, I push papers across a desk” and then asked him the same question. He told me that he “sold light bulbs.” Great, plain and simple.

After some small talk and questions about what brought us to the airport, I found out that he doesn’t sell light bulbs. He sells lighting controls for LED fixtures and specializes in motion, occupancy, and photosensors for parking garages. He was from North Carolina and in Southern California visiting a client to see how is equipment was doing while I was on my way to a parking conference in Oakland. We then proceeded to discuss the merits of LED technology and how it performs in the different regions of the U.S.

In the end, we had a great laugh at how both of us simplified our professions to help outsiders understand. What are the chances that someone who deals with sustainable lighting designs meets a parking professional in a random airport?

Irma Henderson, CAPP, is director of transportation services at the University of California, Riverside.