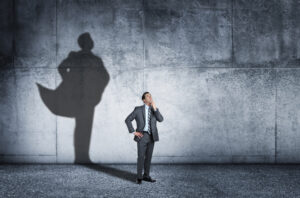 Too often, people working behind the scenes never get the credit and recognition they deserve. In 1989, when I arrived in Kalamazoo, Mich., as the new president of Downtown Kalamazoo Incorporated, the challenges were many. The downtown hotel and conference center was failing. Occupancy at the hotel was below 25 percent. Arcadia Creek, at one time a small creek running from the Western Michigan University campus to the Kalamazoo River, had been boxed in and made part of the sewer system, eventually creating a 100-year flood plain in the north half of downtown. Older buildings had been abandoned, and some were collapsing from neglect. There was no downtown housing to speak of, and retail sales were departing for the suburban malls.

An ambitious plan to rebuild the creek and make it an attractive water feature was designed by Skidmore Owings and Merrill but was never built. Then, a group of community leaders, both public and private, decided that something must be done. The city applied for an Urban Development Action Grant (UDAG), and secured the last one HUD awarded. That set in motion a revised plan, involving a purchase and renovation of the hotel by the Upjohn Company, transfer of the parking system to the downtown organization, and agreements by the Community College and other entities to build along Arcadia Creek. The project became known as Arcadia Commons.

Leading the effort were people like Dr. Marilyn Schlack, president of the Community College; Martha Parfet, an influential member of the Upjohn family; and Dr. Jack Hopkins, president of the Kalamazoo Community Foundation. But working quietly behind the scenes were people like Ken Nacci, vice president of Downtown Kalamazoo Incorporated, who managed the finances for the Downtown Development Authority; Blaine Lam, who produced all of the promotional materials; Mike O’Connor, the attorney for the Downtown Development Authority; and Clayton Johnston, a men’s wear proprietor who chaired the boards of all of the downtown organizations.

The result was the entire transformation of downtown Kalamazoo, and the creation of an award winning parking system. But none of this would have happened without the essential but unheralded work of some extraordinary individuals.