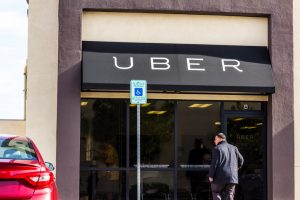 A judge ruled California’s Proposition 22, which allowed transportation network companies (TNCs) and other companies to classify workers as independent contractors instead of employees, unconstitutional last week.

Proposition 22 was voted in last November and  heavily supported by Uber, Lyft, and other companies that rely on gig workers, including Instacart and DoorDash. The law allowed such workers to be classified as contractors as long as some benefits were provided. It will likely remain in effect while appeals are filed and ruled on, saving those companies the expense of hiring their drivers as employees.

Superior Court Judge Frank Roesch said in his ruling that Proposition 22 hinders the state’s ability to set workplace standards and has bearing on other rules, including workers’ compensation regulations. 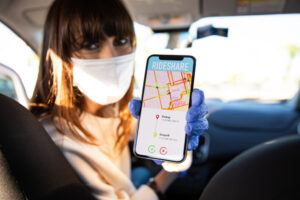 TNCs are not a new phenomenon, but handling them effectively to reduce the congestion they cause and move people through the downtown core is quite a challenge.

The City of Las Vegas is taking a two-pronged approach to helping TNCs do business downtown:

These two programs have been evolving since prior to COVID and continue to evolve as the city emerges from the pandemic; they involve extensive technology, marketing, stakeholder involvement, and partnerships with the TNCs and local businesses.  There are also plenty of lessons learned and “back to the drawing board” moments, as is often the case when blazing a trail.

Brandy Stanley, CAPP, is parking services manager for the City of Las Vegas. She will present on this topic at the 2021 IPMI Parking & Mobility Conference & Expo, Nov. 29 – Dec. 3, in Tampa, Fla. Click here for details and to register. 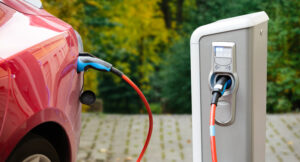 Transportation network companies (TNCs) such as Uber and Lyft will need to transition to electric vehicles in California by 2030, the state legislature mandated last week.

The new rules, which say 90 percent of ride-share miles traveled must be in electric vehicles by the start of the new decade, also include provisions to make charging access easy and help ensure the cost of both charging and the vehicles themselves is accessible to drivers.

California recently passed a ban on sales of new gasoline-powered cars in the state that will start in 2035. Uber has committed to going all-electric by 2040 and recently earmarked $800 million to help drivers make the shift. Saying their already-struggling businesses could be decimated if Uber and Lyft leave California, restaurant owners in San Diego have jumped into the legal battle around TNCs’ driver status. Even though ride-share demand is low now, they say, many eateries depend on the services bringing customers to them.

Restaurant owners also worry that the end of Uber and Lyft in the state could spell disaster for services such as Uber Eats, which deliver takeout food on-demand. Since the COVID-19 pandemic began, Uber Eats has become more profitable than Uber’s ride-share arm, and does record amounts of business.

San Diego restaurant owners and employees recently rallied in support of drivers who want to continue working as contractors; at stake is a court case that might force TNCs to make drivers employees, which the companies say would be too expensive and restrictive. It’s been awhile since we’ve heard anything about autonomous cars getting out there–they shut down along with everyone else this spring–but Lyft’s AVs have started testing again on tracks in Palo Alto, Calif.

The company said it used the three-month, COVID-mandated, off-road pause to employ machine learning and keep its technology rolling, so to speak. Other AV developers have also reported upping their artificial intelligence learning this year for the same reason. Now, Lyft hopes to compare its simulated test results with real-world driving and see how closely the two match. Either way, AVs are starting to take more steps toward reality. The Arizona Supreme Court upheld a $4 pick-up and drop-off fee for transportation network companies (TNCs) at Phoenix Sky Harbor Airport late last week. TNCs had argued the fees were unconstitutional, while the airport said they would help distribute COVID-19 recovery costs between all businesses at the airport.

The airport had charged a $2.66 fee for pickups but no fee for dropoffs. Arizona’s attorney general argued the fee violated a 2018 constitutional amendment by placing a new fee on an existing service. The court did not issue an explanation with its ruling but the fight isn’t over: Legislation has been introduced that would block the fee increases. The legislative session is paused during the COVID-19 outbreak, but the topic is likely to see more attention when lawmakers reconvene. Read the whole story here. e argument in favor of TNCs such as Uber and Lyft is that they can take privately-owned cars off the road. But a new study says the vehicles actually generate more pollution than they replace.

The Union of Concerned Scientists, a nonprofit science advocacy organization focusing on environmental and social challenges, says they found TNC trips generated 69 percent more pollution than the trips they displace; those trips, the group says, are frequently transit, walking, or micro-mobility.

“For ride-hailing to contribute to better climate and congestion outcomes, trips must be pooled and electric, displace single-occupancy car trips more often, and encourage low-emissions modes such as mass transit, biking, and walking,” the group says. Officials at Hartsfield-Jackson Atlanta International Airport say parking demand is down so much that a planned garage expansion is no longer necessary, and they say ride-share is behind the drop.

So many passengers are using Uber and Lyft to get to and from the airport that plans to double the size of its parking garages have been scrapped. Instead, the existing garages will be renovated to stretch their lifespan by 10 to 15 years.

Hartsfield-Jackson has the most passenger volume of any airport in the world; 110.5 million people went through it last year. Read the whole story here. Uber, Lyft, and other transportation network companies (TNCs) may find themselves having to rethink their models if states and the federal government pass legislation limiting the so-called gig economy, where workers essentially freelance rather than being hired as full- or part-time workers.

Legislators in California and other states have begun working on laws that would greatly restrict the ability of companies–including TNCs–to hire gig workers. Some federal legislators are now saying they like the model those states have developed and wonder if national laws should follow suit. Lawmakers say limiting gig employment protects workers; TNCs and some drivers say it would devastate their ability to both hire and work as they wish.