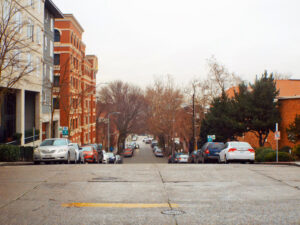 Caught between advocates for people living in recreational vehicles, vans, and other cars, and businesses who say such vehicles using on-street parking long-term keep customers away, the City of Seattle is revisiting its rule that says vehicles can’t stay in the same on-street space for more than 72 hours in the city.

The rule was suspended in April 2020,when COVID-19 kept many people home from work and regular shopping and outings, which meant they weren’t using their cars as much. It was reinstated this past April, and that set off controversy: Homeless people live in vehicles and, advocates say, asking them to move every three days is unfair; businesses, on the other hand, say vehicles that don’t move regularly clog streets and create garbage and crime that keep customers away.

It’s a conundrum being seen by an increasing number of municipalities. For its part, Seattle says it will revisit the rule to balance all needs as COVID-19 continues to affect travel patterns and lifestyles.