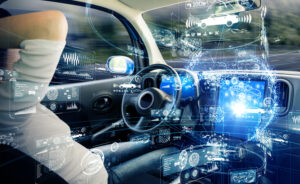 Retail giant Walmart entered the autonomous vehicle sphere with an investment in Cruise, General Motors’ autonomous, all-electric vehicle development arm, this week.  The funding round, which included other investors, totaled $2.75 billion and raises Cruise’s value to more than $30 billion.

Walmart invested about five months after entering a pilot program to use AVs for deliveries around Scottsdale, Ariz., and company officials say they’d be open to investing in other AV development as well–even outside of Cruise. “Over the years we’ve been doing a lot to learn more about the role autonomous vehicles can play in retail, and we’ve seen enough to know it’s no longer a question of if they’ll be scaled, but when,” wrote company President and CEO John Furner in a blog post yesterday.

“This investment is a marker for us–it shows our commitment to bringing the benefit of self-driving cars to our customers and business,” he wrote.

Read more about it here.