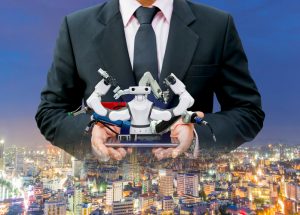 Waymo, formerly known as Google’s self-driving car project, is getting ready to launch a robotic taxi service outside Phoenix, Ariz., stocked entirely with its autonomous vehicles. A story from Citylab says while the cars may drive themselves, there will be lots of humans behind the scenes, ready to jump in to help.

Teams in four different areas–technicians, dispatchers, fleet response, and rider support–in nearby Chandler, Ariz., will stand ready to intervene if and when the cars need it. Citylab explains, “What humans lack in regularity, precision, and relentlessness, we (typically) make up for with manual dexterity, adaptability, and excellent visual sensors. Anywhere Waymo can’t quite make things work automatically, in come the people. Humans are the masking tape, the glue, the putty, the clamp. Humans are the hack.”