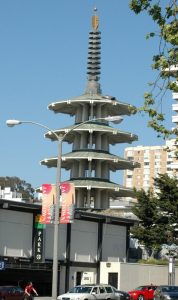 MENLO PARK, CA, January 4, 2018 – Nagle Energy Solutions (NES) announced today its patent-pending garage-ventilation control system is cutting by more than 1.2 million kilowatt-hours (kWh) a year the baseline of consumable energy by a new and sizeable mechanical ventilation system at the City of San Francisco’s Japan Center Garage. By doing so, the NES system provides a recurring operational-cost savings in excess of $250,000 per year — not including future utility rate increases.

Real-time data logging shows that, in the 10 months since NES system commissioning (early March 2017), the energy consumed by 45, new electric motors running 20 hours per day and possessing a combined 225 horsepower amounts to just 31,900 kWh. That correlates to just 38,300 kWh consumed annually – a 97% reduction from the 1.25 million kWh per year the same mechanical system would otherwise consume with no means of fan-motor control in place.

“Post installation operating hours of the new mechanical system increased by more than 500% from the prior 12-month period with the original system, so we fully anticipated our monthly / annual energy bill would increase. But with the NES system controlling it, the garage’s kilowatt (kW) demand has decreased considerably,” said Rich Hashimoto, corporate manager of the Japan Center Garage Corporation and president of the Japantown Merchants Association. “Our estimates show the NES system will actually reduce our building operation costs by more than $5,000 from the prior year. For any system to achieve that kind of results is remarkable.”

Recent updates to the California Energy Code (Title 24) required the San Francisco Municipal Transportation Agency (SFMTA) to upgrade the mechanical ventilation systems of some of the City’s aging garages, including the Japan Center, Golden Gateway and Sutter Stockton garages, each of which now deploys the NES digital, demand-control ventilation (DCV) system.

“With NES technology, the quality of air in the garage has improved substantially with the fans running seven days a week, so the Japan Center gains both financially and from improved surroundings assuring the health and safety of garage staff and visitors,” noted Mr. Hashimoto.

The Japan Center Garage, which includes a Main and an Annex facility encompassing a combined 300,000 square feet, was constructed in 1968. Retrofit plans included the replacement (by third-party vendors) of the original 45, 5-horsepower (HP) fan-motor units dispersed throughout the respective garages with new, equivalent-size motor units. Plans also included the utilization of variable frequency drive (VFD) technology in conjunction with the operation of each, new motor.

The NES garage DCV system controls the rate of ventilation in the Main and Annex garages based on carbon monoxide (CO) concentrations at a given juncture. BACnet-communicating NES carbon monoxide (CO) sensors provide instantaneous feedback to NES controllers, which then relay speed commands — via VFDs — to the garage’s exhaust and supply fan motors, increasing and decreasing motor speeds in proportion to CO readings.

This approach, when deployed in conjunction with proprietary NES controller sequencing logic, routinely captures kWh and peak kW demand savings in the range of 95% and, in the case of the Japan Center, greater.

NES technology enables the City & County of San Francisco adhere to stricter energy efficiency and health and safety standards imposed in California for enclosed, commercial garages. Energy savings at the Sutter-Stockton Garage has been steady a 96% since NES commissioned its system there in August 2016. At Golden Gateway Garage, which NES commissioned in July 2016, energy savings have consistently fallen in the range of 90% to 93%.