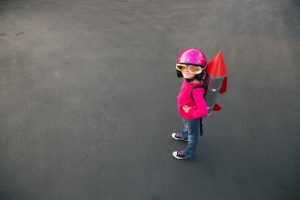 It’s everywhere! I’ve heard this term talked about at my son’s first grade orientation, a recent leadership conference I attended, and even used on a bottle of a new hair product line. But what exactly is it and do you have it?

In her TEDtalk, Angela Lee Duckworth describes grit as “passion and perseverance for long-term goals.”

To find out if you have grit, below are three statements to ask yourself. For each one, determine which answer—not like me at all, not much like me, somewhat like me, mostly like me, or very much like me—is the most accurate.

1. New ideas and projects sometimes distract me from previous ones.

2. Setbacks don’t discourage me. I don’t give up easily.

3. I often set a goal but later choose to pursue a different one

People with high levels of grit typically answer “not like me at all” for questions 1 and 3, and “very much like me” for question 2. (These questions are only part of Duckworth’s 10-question Grit Scale. You can take the entire scale here and find out what your grit score is.)They say all is not lost for those who take the grit scale and score lower than they would have liked. But grit won’t magically grow—it’s up to you to develop it, bit by bit, day by day, until you achieve your most important goals.

Hopefully our grit gets us through the holiday parking season!