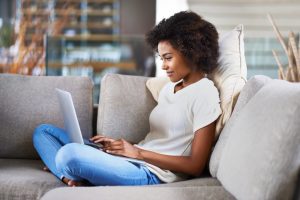 Tim Cotton is a sergeant with the Bangor, Maine, police department. He’s 53. His dad was a cop, his grandfather was a fire chief, and he became a cop at age 25 after trying out a career in radio. He worked crime for a long time and then shifted into the public information officer job for his little department in his tiny town.

He’d probably be jockeying a desk in obscurity except that part of his job is running the Bangor police department’s Facebook page, which he’s single-handedly grown to have an audience of 230,000 people—seven times the population of Bangor. His posts about the rules for sharing flannel, what happens when a guy tries to rescue a cat from a tree, and the Duck of Justice are hilarious, educational, and just fun to read. They also focus on the goodness of people, which isn’t something we often find on the news and a great reason to go viral (Kardashians, take note).

My favorite part of Cotton’s posts are they way they always end:

Keep your hands to yourself, leave other people’s things alone, and be kind to one another.

I mean, right? Simple, basic, and nearly poetic. The very best kind of mantra. And a great reminder when I click over to his page for my daily dose of laughs and warm fuzzies. Here’s the link to his page if you’d like to start your mornings off on the same great note. I highly recommend it.