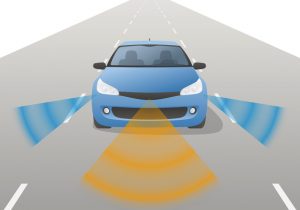 David Hall looks pretty unremarkable in the photos—blonde hair, rumpled shirt, nondescript khaki pants. If you passed him on the street, you’d probably just pass without a second thought. But Hall, CEO of Velodyne, is playing a huge role in what many believe will be the next chapter of the parking industry.

Velodyne invented and makes LiDAR sensors, which enable driverless vehicles to look around and see what’s happening. And almost every car maker racing to develop usable autonomous vehicles (except, interestingly, Tesla) buys those sensors from him.

Forbes offers a fascinating look at Hall, who started out making audio equipment, how LiDAR works, and what his company thinks is ahead for driverless cars and the future of transpiration in general. Read the whole story here.