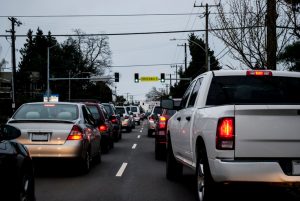 Conventional wisdom says 30 percent of city traffic is made up of drivers cruising for parking. A recent study by students at the University of Washington found it may be a bigger percentage, at least in Seattle. There, they found, 35 percent of traffic is made up of cruisers. But here’s the interesting part: They also found that 10 percent of those drivers are transportation network company (TNC) drivers—think Uber or Lyft—waiting for their next assignments.

The students used data from 63 sensors around the city and what they called complicated machine learning to figure out what drivers were doing. That let them see who was driving, who was looking for parking, and who was cruising around waiting for their next TNC gig.

Read the story here and then let us know in the comments—is this evidence of a changing driving landscape?