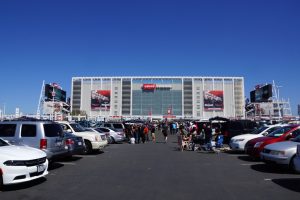 It’s been more than two months since the May 22 bombing near the exit of the Manchester Arena in England. This horrific attack occurred at the end of a concert attended largely by children.

Nearly every day, a concert, ballgame, or event is held in one of numerous arenas or stadiums in the U.S. and most parts of the world. The NCAA alone hosts millions of spectators for sporting events throughout the year. While the primary reason for attending is the event itself, there are hundreds of people whose job is to provide a safe and secure environment for spectators from the time they arrive and until they depart for home.

With spectator safety in mind, IPI formed a partnership with the National Center for Spectator Sports Safety and Security (NCS4) at the University of Southern Mississippi three years ago. The goal of this collaboration was to offer the parking industry the tools and techniques to provide a safe environment for spectators as they parked their vehicles and congregated in parking lots after the events.

NCS4 recently released its Intercollegiate Athletics Safety and Security Best Practices Guide 4th Edition, 2017—a shining example of the great work done by their security experts. This guide will help industry professionals “mitigate the potential risks and threats that are inherent to mass gatherings of people.”

I hope the recommendations in this guide will assist you in providing a safe environment for your customers and event staff. These best practices are a great tool to prepare you to “let the games begin.”