Valet with No Dings or Dents 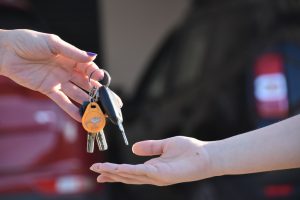 Would you believe a valet operator telling you they had no paid damage claims in a year? What about two years?

When I began my career in parking, the first facility I worked was an 800-space, all-valet location in downtown Houston that operated 24/7/365. The operation consisted of approximately 40 valets, two cashiers, and four supervisors. Oh, and an average of approximately four incident claims per day in the beginning. Filling out incident paperwork and speaking with insurance representatives consumed more than a third of the day. Something had to change.

Paperwork, previously done by the manager, was moved to the supervisors’ desks. The supervisors quickly learned how time-consuming filling out forms and verifying information was. That, coupled with increased pressure on the valet staff to slow down, use more cautious driving skills, and provide great customer service resulted in reported claims falling to approximately one or two per week during the next several months, and then to approximately one per month within a year. When I began working in the Texas Medical Center a little more than eight years ago, the same philosophy and training was implemented.

About two years ago, I was filling out an incident claim for a supposed missing cell phone from a customer’s vehicle and I realized that it had been about a year since any damage claim was paid. I dug further to ensure the findings were accurate, which they were. Astonished at the findings, I told the valet supervisor of one of the locations. He was equally surprised. We used the information to encourage the valet staff to continue the trend and surpass the 365-day mark with no paid damage claims. The customer’s phone was located in the building’s lost & found. The goal was met and the staff was provided a client-approved incentive for such a great job. Another 365 days have passed with no paid damage claims at two of our locations, due to the training, awesome care, and control exercised by the supervisor staff and entire valet team.